In this article I’ll deal with sound optimization by means of proper power supply and connections of our effect pedals (also known as stompboxes) among them and with our guitar, presuming that readers already know the differences among the various available pedal effects for guitar and bass players. I invite you to read the article “The pedal effects chain for electric guitar: understand it, organize it” to get an overall coverage.

To do this it is necessary to explain some details and technical definitions, that I am going to describe in an accessible and comprehensible way.

Which physical quantities are we interested in and how can we manage their influences?

Let’s deal with three definitions in the electricity area that are very important to mindfully use effect pedals:

In the article “The pedal effects chain for electric guitar: understand it, organize it” I talk about providing power to our pedals by means of an external power supply or a battery, both usually giving 9V (or a little more), pointing out you have to choose a power supply that is capable of producing enough current or amperage.

There is a classic example to understand the difference between voltage and amperage, that is between tension and current: imagine a creek or a river waterfall; it will have a certain flow of water, that is related to the liquid amount that passes through the waterfall edge per time unit, and a certain height, related to the difference between the start and the end points of the water falling. We can imagine the waterfall height as the tension existing between two electric poles and the water flow as the current that passes through them.

A watercourse can bring little liquid, it can be narrow or semi-dry, by example a torrent in Summer, but it can drop down from a big height: in this case we can imagine a little current (the water flow) running between two poles with a great tension difference (the waterfall height). 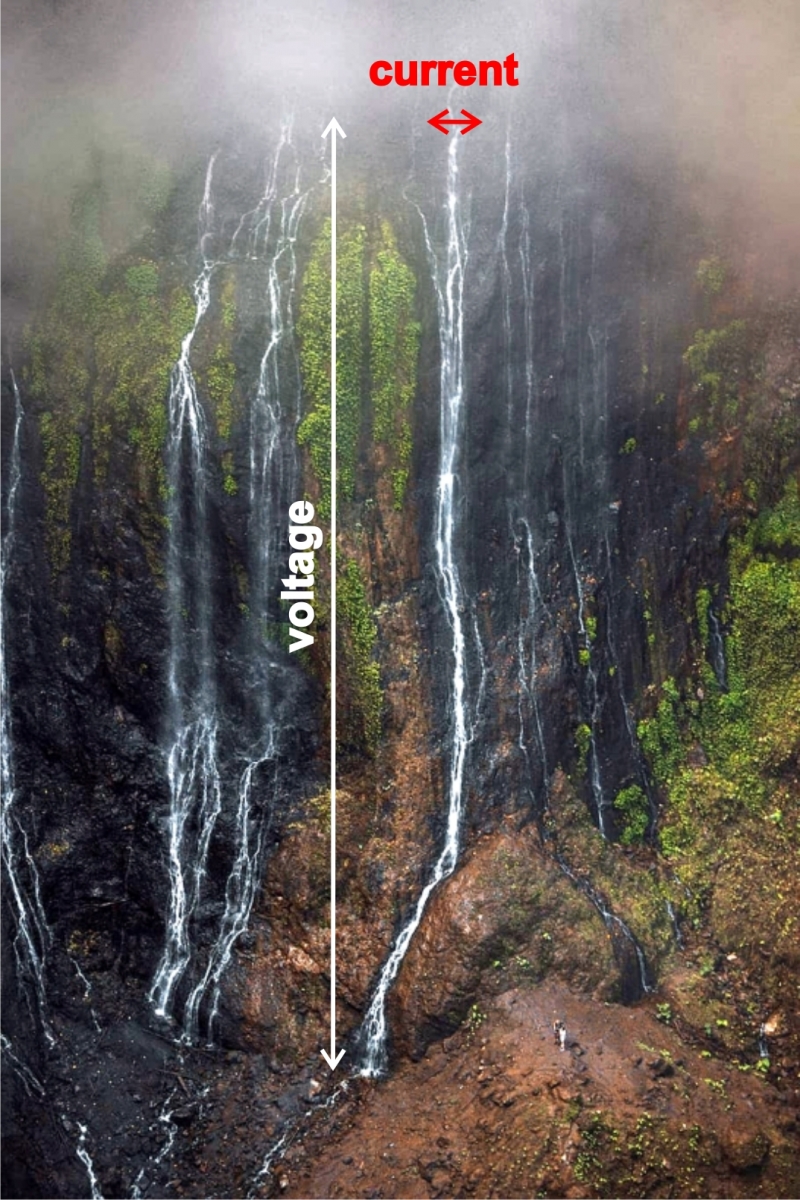 On the other hand we can think about a large river, bringing a huge water mass, that falls down just a few meters: in this case we can imagine a big current that runs between two poles with a little tension. You’ll find all the possible variations in the middle of these extremes. 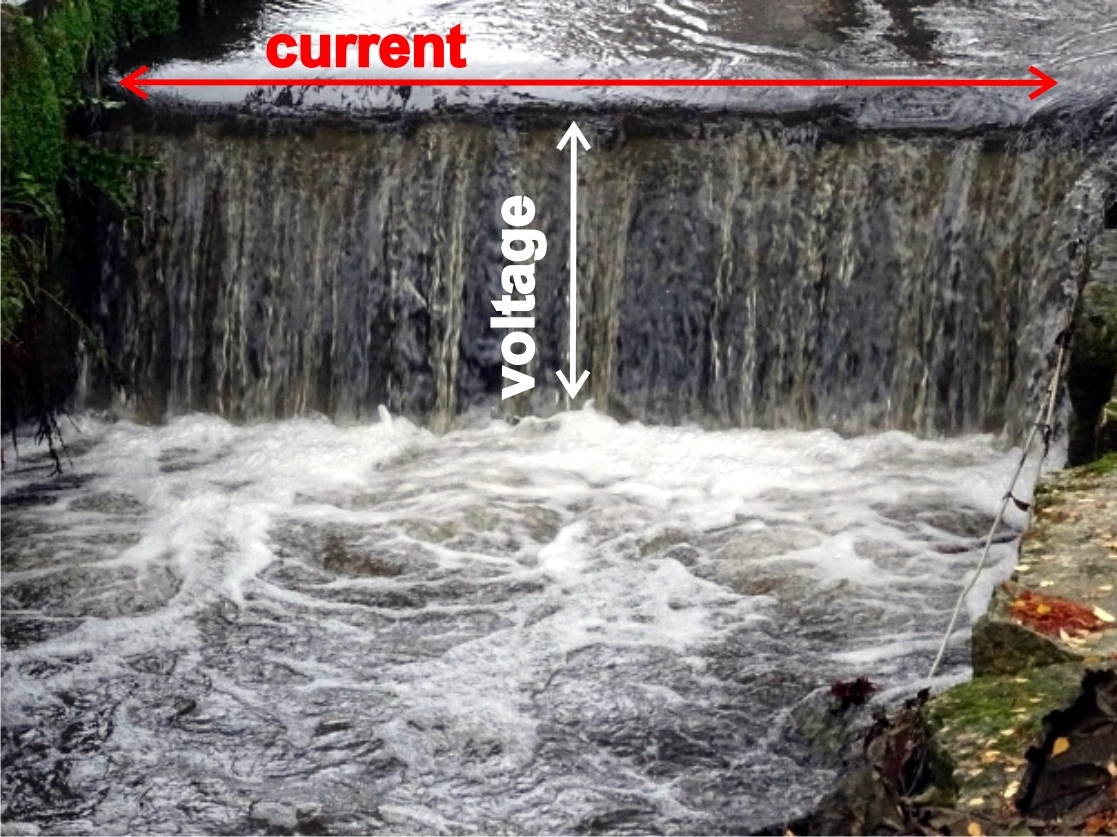 
All effect pedals generally work at 9 Volts, some at 18, others at 24, but these latter are uncommon. Finest power adapters for pedalboards feature 9 and 18 Volts plugs at least, often providing a 100 to 500 mA current. We should be careful about every single plug current supply, comparing it with every pedal request, as stated on the pedal himself or inside its manual.

Obviously, the plug must be able to supply a current that is at least equal (or a little higher) to what the effect needs. It is not uncommon that some floor and desk digital effects and multi-effects are insufficiently fed and therefore criticized for bad quality; giving them a proper power supply one could stay astonished at their sound quality improvement!

Some distortion pedals can work at 9 as well as at 18 Volts, provided by an internal switch: if you think to the waterfall example, the second choice is preferable to enjoy a better dynamic response or a deeper sound, because our finger touch can be distributed with greater detail on a greater height. This phenomenon will be more apparent with a 24V tension, though effects functioning that way are usually equipped with an internal power supply and a wall plug.

Impedance in a bottle

We can use an example through images for input and output impedance too.

Let’s assume we have two different bottles, with different diameter necks, and we have to pour some liquid from one into the other. Obviously, pouring the liquid from the narrower neck bottle into the larger neck one will be simpler; the opposite thing will be harder depending on the neck diameter difference, until incompatibility will make a transfer impossible, unless you use a funnel or an adapter perhaps (the so called buffer; we’ll write about it in a future article). 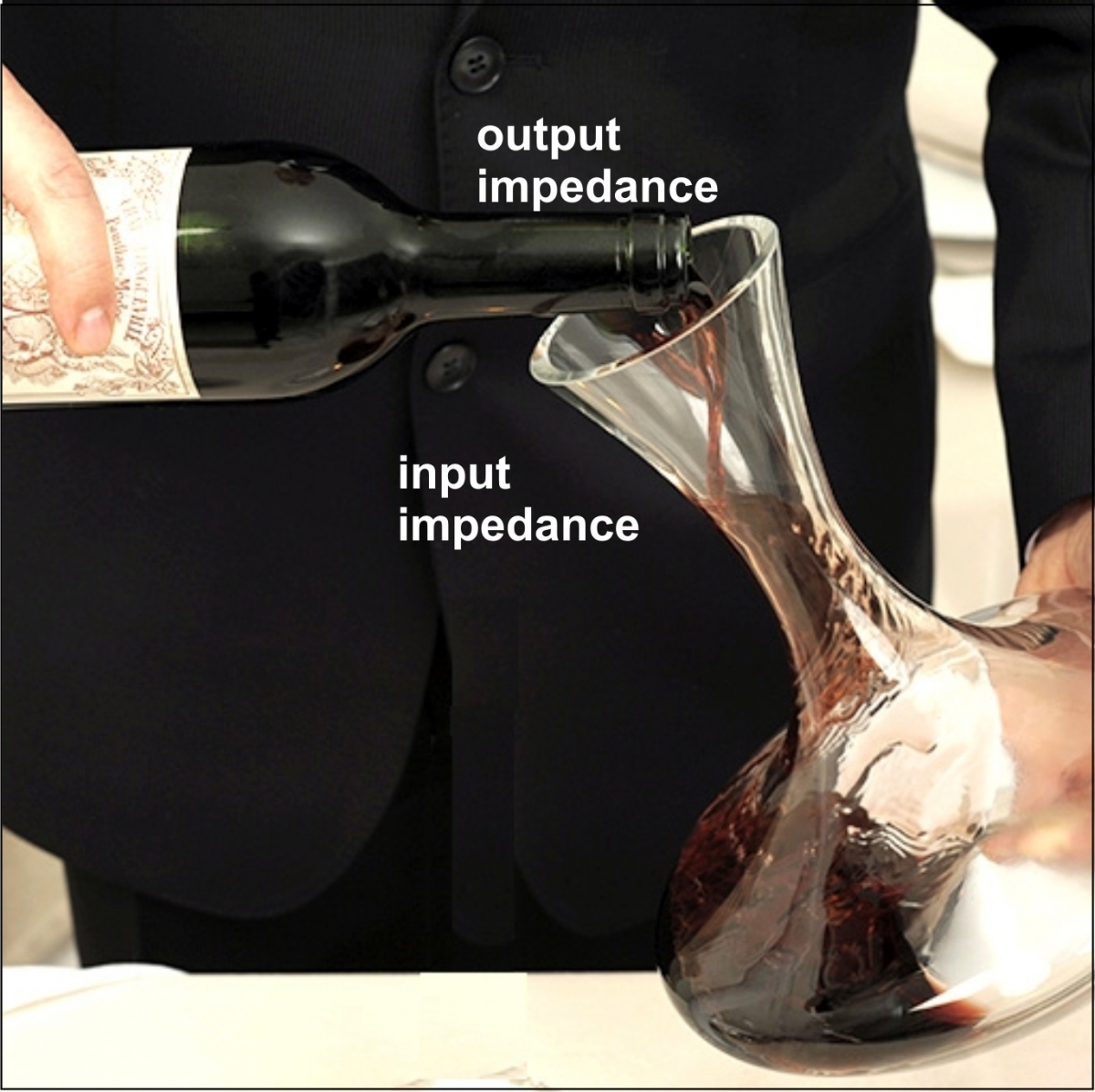 If you think about the electric signal as a liquid, in order to avoid to throw down too much of it during the transfer, you have to make sure that the input impedance of one pedal is much higher than the output one of the pedal (or guitar) that comes before; in the same way, the output impedance of a pedal must be much lower than the input one of the following device.

This can make clear why an effects chain sound sometimes improves or worsens depending on pedals disposition. It is not a subjective impression matter, but an actual fact.

Not all manufacturers are so generous of technical data to make public the input and output impedances of their products; actually, a non standard value sometimes can be the real secret of a peculiar sound. Relying on very popular pedals, a commonly seen couple of values is: input impedance 1 MOhms (1,000,000 Ohms, used for amplifiers inputs too) and output impedance 1 kOhm (1,000 Ohms); in this case it is recommended the following pedal to have an input impedance of 10 kOhms (10,000 Ohms) at least. If we take in consideration the noted Ibanez TubeScreamer and other effects though, values are 500 kOhms (500,000 Ohms) as input and 10 kOhms (10,000 Ohms) as output. Let’s take to example another diffused effect, the Electro-Harmonix Big Muff: its input impedance wanders 130 kOhms (130,000 Ohms), the output one being 300 Ohms. 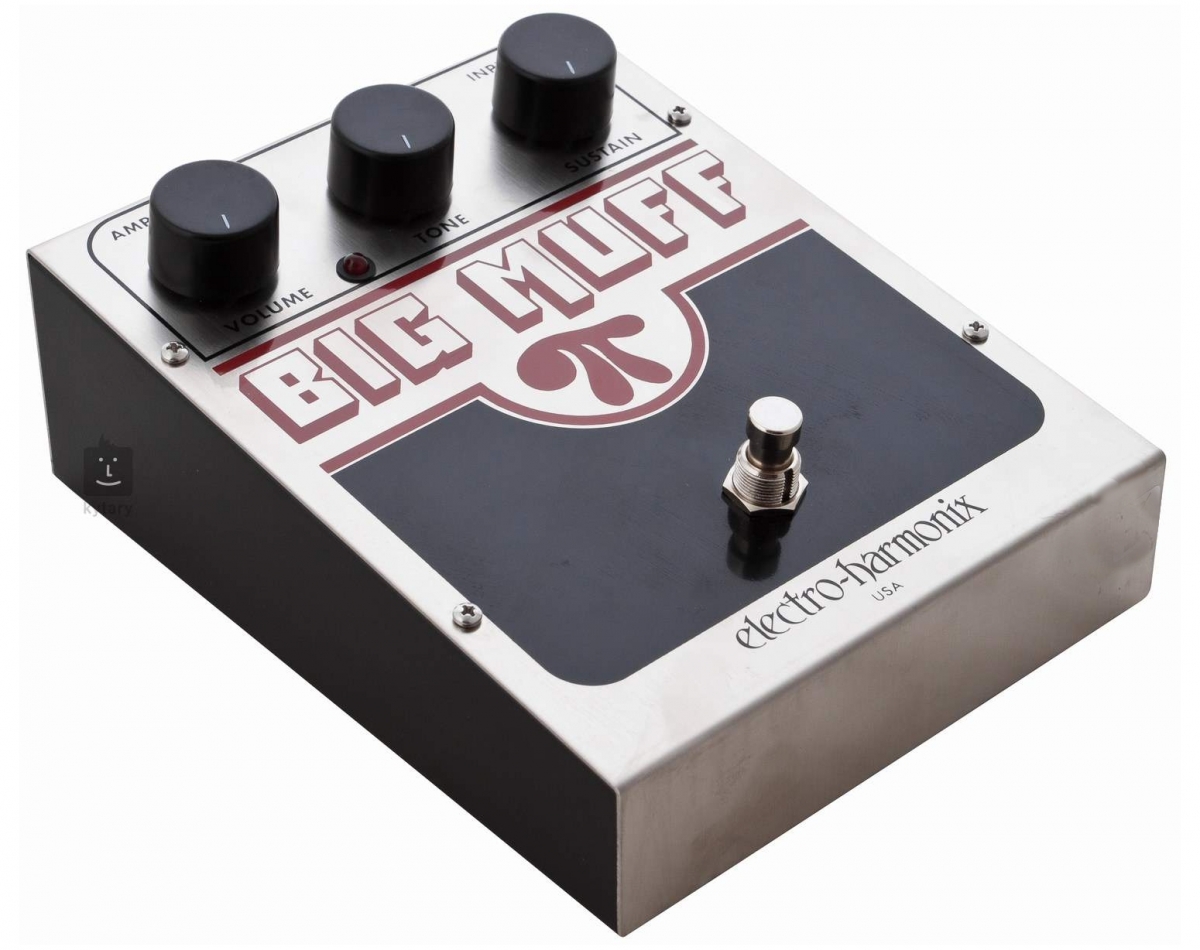 Smaller input values of these pedals say us something, though it is a question of lesser importance in the TubeScreamer case: under certain conditions of use their values can remove something from the signal arriving from our electric guitar, generally high frequencies that could determine harshness in distortion.

As we know, pickups coil winding resistances can vary from about 5 to about 20 kOhms, with significant differences from one model to another. Anyway, these values do not say much about our instrument output impedance, that is connected to other pickup and circuit components, including wiring and cables. Impedance is also variable as a function of frequency, tension and current; these quantities vary depending on musician’s touch, fretboard position, volume and tone potentiometers positions, kind of response of the instrument, pickup, strings and so on. 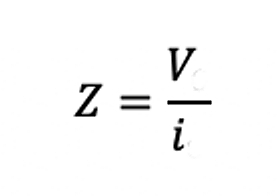 Impedance is expressed in Ohms, as resistance, but the latter is a component of impedance along with capacity and inductance. In short, impedance is a complex and rich in information quantity, but it is not so containable (in alternating current mode).

As a general rule, the output impedance of a guitar with passive pickups can be considered relatively high. Let’s take to example an average value of 10 kOhms (10,000 Ohms); we should supposedly find a 10 times higher input impedance in the effect or amplifier we are going to plug the guitar in, that is at least 100 kOhms (100,000 Ohms), just what a vintage Big Muff offers. But, in certain conditions of instrument use, the output impedance value at given frequencies could be higher; when this happens, our pedal input impedance is working as a low pass filter, cutting highs over a certain value and also varying the cut depending on all the implied variables.

Instead, if our guitar is equipped with active pickups, the described problems rollover, since these pickups provide a powerful and impedance adjusted electric signal.

So, what are the values for our pedals?

By now 1 MOhms input and 10 kOhms output values are considered as a standard for effect pedals, but there are some aimed exceptions: for example, some boosters feature higher input values (Mesa/Boogie Tone-Burst 2 MOhms, Duesenberg Gold Boost 4,7 MOhms) to make less audible frequencies pass.

There is no doubt that technicians will hate me for what I have written and how, but I also think that our blog’s audience will enjoy these simplifications. Anyway, further study is reachable in physics books for scientific and technical high schools.

Judge is the ear

Getting back to our pedalboard, checking our effects impedance values is often unnecessary, but it is needed if the sound does not convinces us. In difficult cases, always remember you can contact your trusted technician.

Ears should always be our alarm bells: if the sound does not satisfy you, before replacing the umpteenth pedal, try to understand where the arcane impediment is!