Guitar and Bass effect chain: understanding different kinds of bypasses and buffers to improve your sound

In this article we are going to understand the differences among some kinds of bypass in electric guitar and bass effect pedals placed in a pedalboard; the article will also deal with the use of an eventual buffer.

I am presuming that you already know the differences among various available pedal effects for guitar and bass players. I invite you to read the articles “The pedal effect chain for electric guitar: understand it, organize it” and “Guitar and Bass effect chain: optimize your sound by correctly managing power supplies and connections” to get an overall coverage.

Let’s approach two circuits that are very important for a conscious use of effect pedals:

If our pedal is a true-bypass style one, whatever exposed about impedance in the article “Guitar and Bass effect chain: optimize your sound by correctly managing power supplies and connections” is only valid when the effect is on. If it is not active, in fact, the input signal is brought as is to the output; it will be like having our guitar cable directly plugged into the following pedal. Well, nearly like, since wiring and cables – as we know – involve a theoric increase of impedance; also, there are more than one bypass. Let’s see them…

Bypass and… that’s all!

Bad news for vintage pedals aficionados: unfortunately not all the effects that were produced decades ago can be easily integrated in a contemporary pedalboard. The reason for this is the kind of bypass adopted until the end of the Seventies and later; it usually was a radical signal shift from the input socket to the output by means of a simple switch, without actually isolating the signal from the circuit output, and often letting some active component in the middle when the effect was off. Let’s add that those old circuits had ordinary transistor driven inputs, and there goes that signal loss and noise always are around the corner of our hyper-equipped pedalboard. The only solutions are: turning to a good technician or accepting to use the precious relic off the pedalboard and possibly powered by a battery. 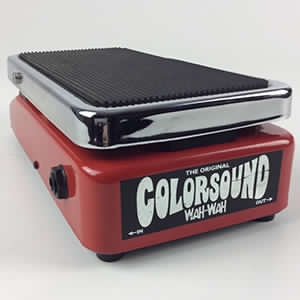 From a certain moment on, high impedance FET input devices were adopted, as well as the kind of foot-switches still in use today. These switches effectively isolate the guitar circuitry from the pedal one; the only problems are their limited life, according to quality, and the possibility of a switching bump noise if the circuit is poorly designed. The electro-mechanical link is done thanks to a 9 pin 3PDT foot-switch (triple-pole [two for the signal, one for the LED power], double-throw); a few circuits get a true bypass with just a 2PDT switch (double-pole, double-throw). 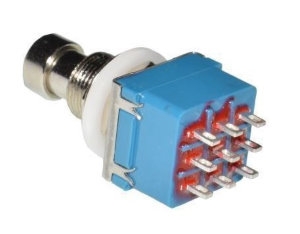 We can realize that a pedal has a passive true bypass (hard wire) if the guitar sound is passing and audible when the pedal is off and not powered.

Active or buffered bypass (or logical in some cases)

The first buffered bypass pedals were introduced by Boss by the end of the ’70s; other Japanese builders followed. Their quietness and input/ouput adaptation are enriched by a silent switching system thanks to the adoption of relays instead of switches.

In this kind of pedals a certain variability in tonal fidelity is possible, not only for the obvious quality differences among brands, but also because engineers can get carried away in design sometimes, adding some circuit embellishments to the simple buffer in order to get a better sound or an adaptation to the effect (logical bypass). 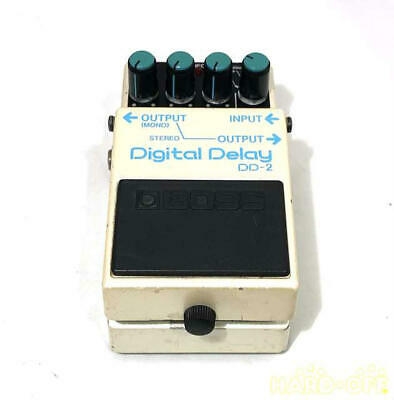 So, some effects are very transparent, others are less, mostly delays, choruses and flangers, and savvy ears can clearly perceive their influence on the original signal even in bypass mode. Things can also be worst depending on the pedalboard matching! That’s why passive electro-mechanical true bypass design is prevailing nowadays.

Neither true nor bypass cases

This definition especially covers many digital pedals, in which the signal is encoded at the input, digitally processed and returned analog at the output. It must be said that some high level (and high price) units feature great quality AD DA converters and can even provide superior results compared to an active true bypass effect. On the other hand, these digital pedals are always included in our sound chain, whether their effect is on or off. In a next article we will talk about managing this scenario in a maniacal way. There also are pedals that allow both modes: buffered bypass and true-bypass! 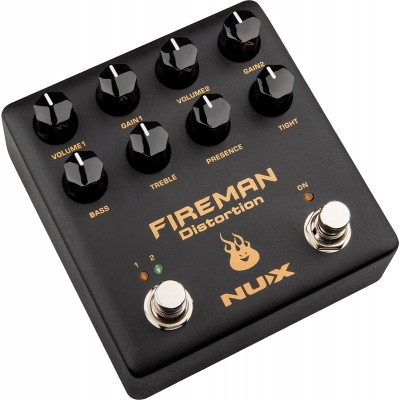 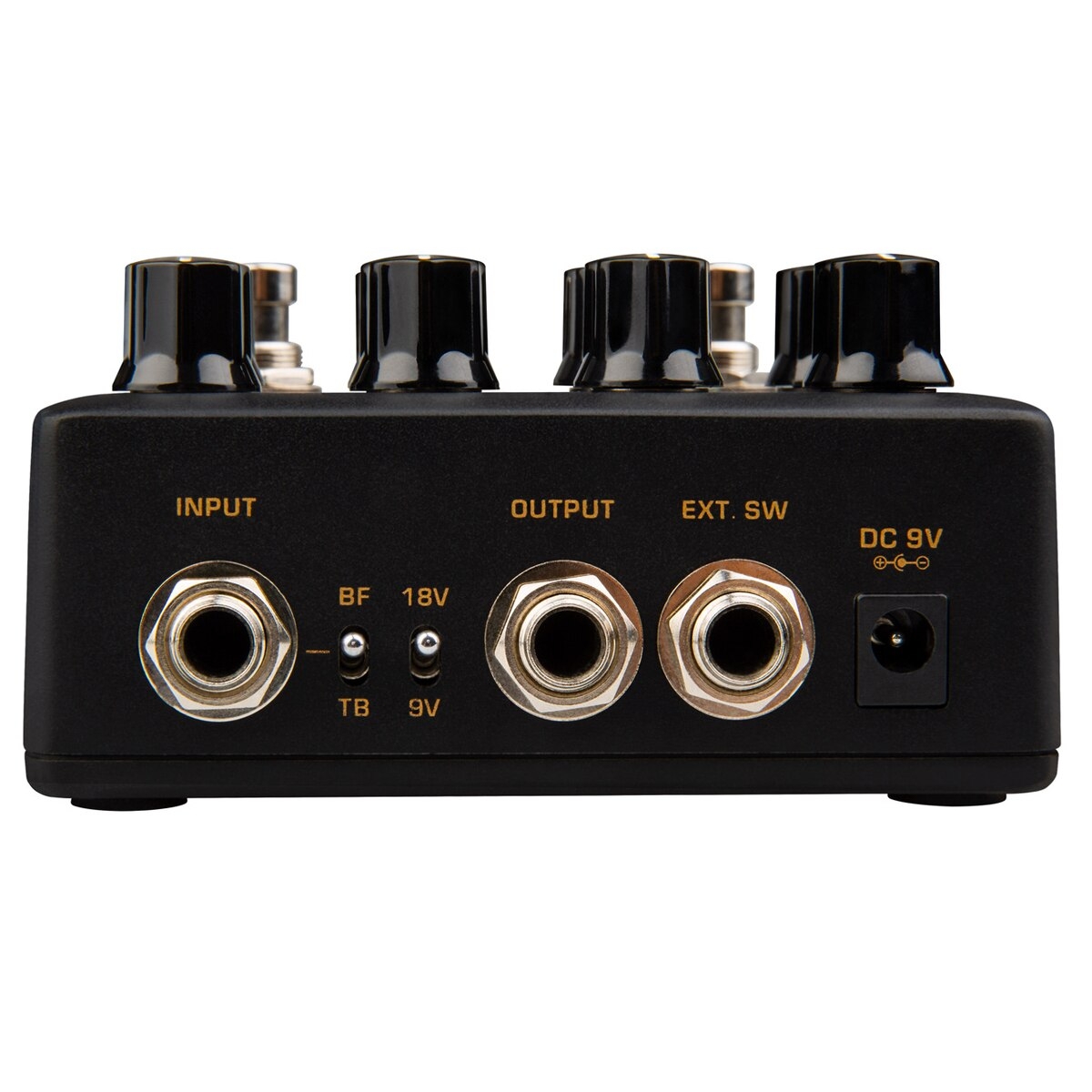 You have read the word buffer a lot of times in this article. What is it? It is a little and very transparent circuit, with large bandwidth and unit gain compared to the incoming electric signal (this is an ideal claim, actually there is a subtle attenuation always).

If so irrelevant, then what does a buffer do? Very simply, it isolates the pickup signal from the rest of the system and adapt it as far as impedance, making it available with maximum energy and overtones transfer for further processing, in addition cancelling troubles coming from long cables.

A buffer can be incorporated in a pedal, as we have seen in buffered bypass effects, but it can also be a dedicated discrete pedal.

If well designed and built, a buffer should not have its own sound, but just let the guitar one pass as it is in origin.

There also are some passive buffers that work by the use of a transformer and usually have balanced outputs. 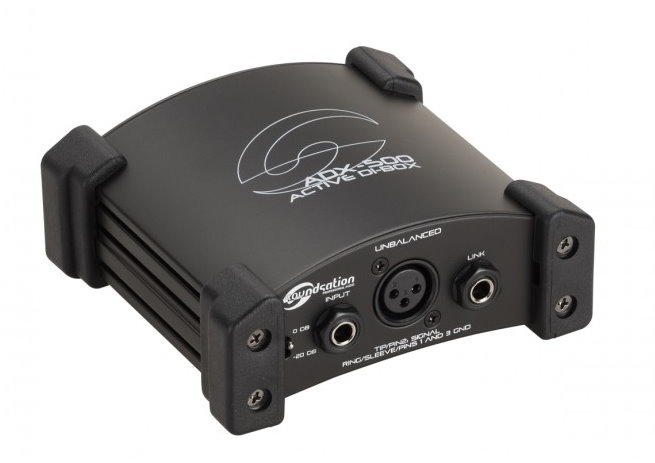 The so-called DI boxes are dedicated active or passive buffers, often used with electrified acoustic guitars, though these usually have pickups and preamps that provide a correct and adapted signal to be directly sent to a mixer or an audio interface or to effects with no further processing, provided that cables are not too long and there are no particular sources of interference.

Where should I put my buffer?

As a general rule, a buffer should be placed at the very beginning of the effect chain, theoretically even before the guitar cable, just after the jack socket. Actually we always find the buffer at our feet as the first pedal. It is good to know that some effects, such as wahs, some fuzzes and old compressors, have to be in direct contact with the pickup circuitry, because they were historically designed to act this way.

There are some rare solutions, as in the well-known Cornish effects, that implement two buffers: the first one works when the effect is off, the second one is at the circuit input, so that, anywhere the pedal is placed, there are no problems from it and previous/following pedals in the chain.

Supposedly we do not need any buffer if our guitar is equipped with active pickups nor if the first pedal in the chain is a buffered bypass type one. Supposedly, we would also not need a buffer after the output of our effect chain, but a check could be useful if the chain is long and diversified. Always remember that trial is good.

Sometimes it may be desirable to put a buffer inside the chain between a common pedal and a peculiar one, by example a tube equipped effect.

Tuners, boosters or other kinds of dynamic effects are frequently positioned at the beginning of the chain because of their fine buffering stage; often it can also be excluded.

Nothing prevents you from placing a buffer between your instrument and the amplifier, especially when the cable is very long, on stage or in the studio; this way you will overcome interference and noise problems.

Speaking about amplifiers, there is much to be said on their combination with pedals. We are going to deal with this matter soon!

In special cases, always remember you can ask for advices your trusted technician, and also make him build a tailored buffer for your pedalboard! 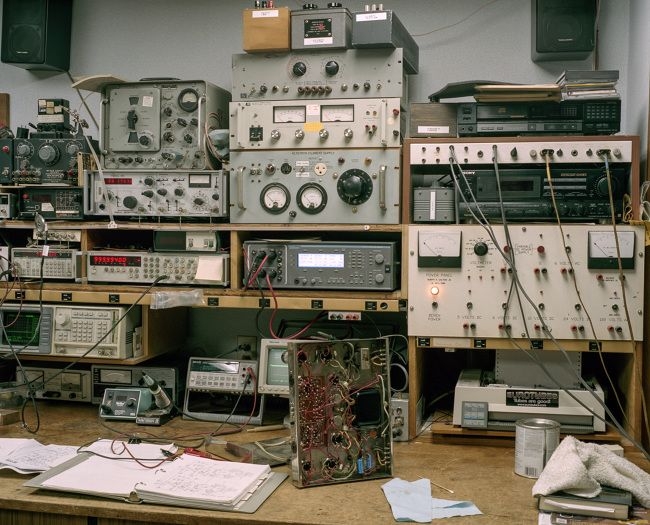