The setup of your guitar (pt. 4) - Setting the intonation

How to adjust your guitar intonation

In this article you will find instructions and tips about the intonation setting of electric guitars (on acoustic guitars it is factory compensated). This is part of the general setup of the guitar, that involves topics covered on the Soundsation blog, as neck truss-rod and action adjustments.

Before continuing with intonation setup you should have:

All that verified, we can talk about self-adjusting the intonation by acting on bridge saddles. 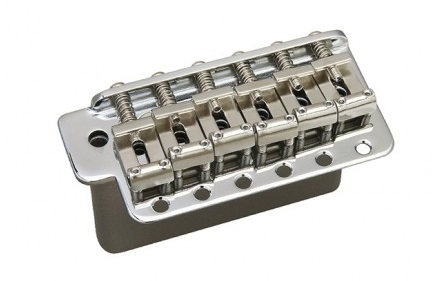 Many people could ask why it is necessary to adjust their guitar intonation. Isn't it already in tune when the strings have been tuned? Actually, guitar (as bass) is not a perfect instrument from this point of view, and will never be. In fact, it reveals an intonation mistake due to fret positions, fixed and equal for all strings though they have different gauge, tension and manufacture. This mistake is spread through the fretboard so as to optimize a correct intonation feeling, approximating the so called equal temperament, without being perfectly in tune in all positions.

We are just tuning plucked open strings; afterwards it is necessary to compensate the differing lengths of six or more strings when we press them on different frets. In this matter are involved: fret installation and finishing, action, quality of strings, gauge, pull and build, all topics you can find on our blog.

A hint about scales

Let's say some words about an instrument scale (not the neck or fretboard scale, as someone often says): it is the distance from the nut (or zero-fret) to the 12th fret multiplied by 2. In theory this calculation should give us the precise length of the string from the nut to the bridge saddle centre. Actually this is not true. In fact, given the variable position of the bridge and its saddles, each tuned string has its own length on that instrument, the one that allows a production of notes as accurate as possible on any fret. You can take as a reference the B or second string, ensuring that the scale is nominally exact for it and gradually adapted to the other strings. For example this is useful to find the right position of a jazz guitar moveable bridge.

The most popular scales are:

In recent years, manufacturers use to indicate the scale length with mixed inch and decimal values, thus adding further confusion between millimetre and inch sizes. For example, the above mentioned Gretsch Country Gentleman scale is now officially specified with 24.6”.

Let's imagine a scalene right-angle triangle, the hypotenuse of which is represented by a string stretched from nut to bridge (instrument mathematical scale), the shorter cathetus by the bridge height and the longer one by the string pressed on the fretboard (instrument actual scale). It's clear that the hypotenuse and the longer cathetus don't have the very same length, with all the consequences on the string segments determined by any single fret, for instance when you are playing open and fretted note mixed chords. When you are adjusting a guitar intonation all you are doing is trying to compensate for the gap between mathematical scale and actual scale, that is between the hypotenuse-string and the cathetus-string. I like to use the definition of authors Franz Jahnel and Dan Erlewine (*) calling them respectively true scale and singing scale.

Intonation compensation it is not necessary on electric instruments that are equipped with a fixed wrap-around bridge without individual saddles, though it sometimes can show a set compensation. Modern versions often feature two Allen screws for horizontal shift. 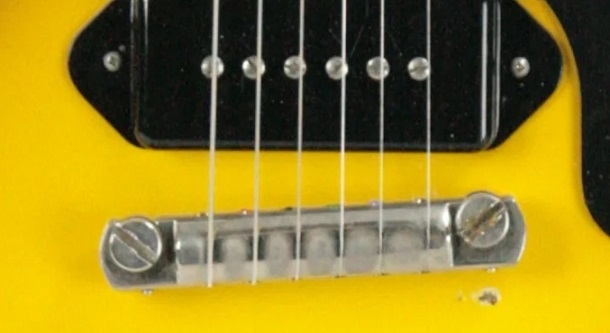 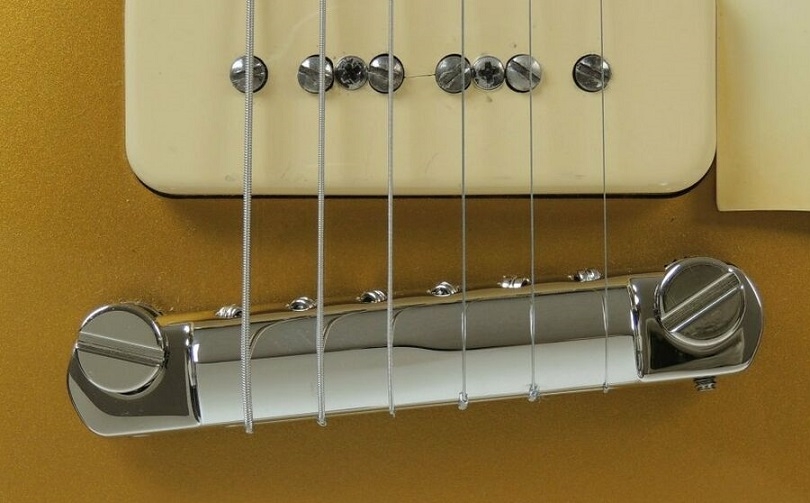 In the same way, intonation setting it is not necessary on most acoustic instruments, both folk and classical having a bone or plastic fixed saddle. They are almost always very well built instruments, intonation is ensured by a perfect bridge/saddle placement and possible fixed compensations for one or more strings, usually the B (second) string. 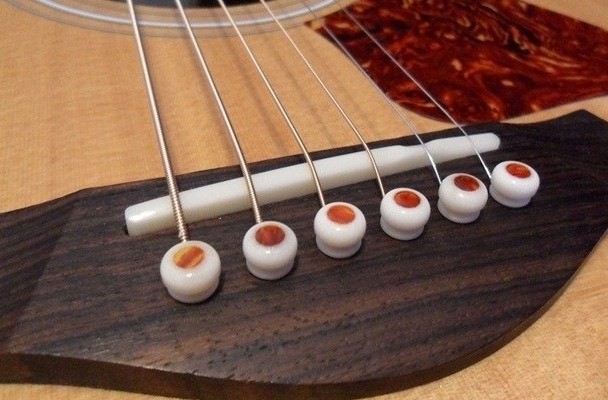 Anyway, it should be specified that fixed bridge and saddle drop or raising – both on electric and acoustic guitars – can slightly affect factory set intonation. Replacement of strings with others of different gauge and tension can also cause intonation differences.

In any case intonation adjusting of an acoustic guitar is possible, but it has to be entrusted to the craftsmanship of a luthier.

You can turn to a luthier for fixed bridge electrics too or think about replacing the bridge with an individually adjustable saddle replacement. 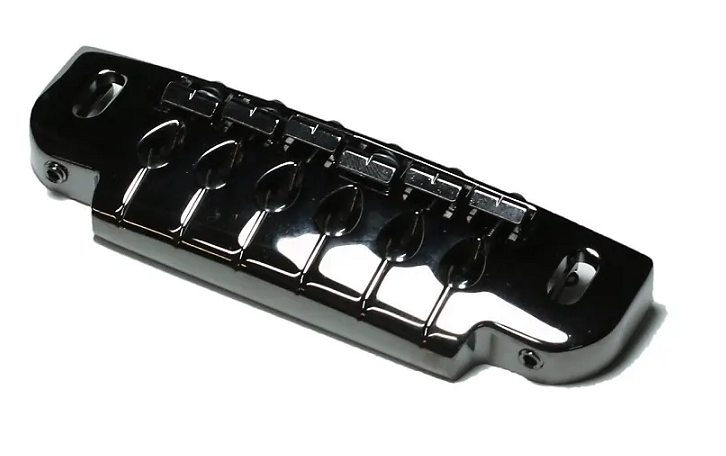 It's time to go ahead with your guitar intonation. Once the guitar has been tuned, check by means of an electronic chromatic tuner if the notes you get pressing the strings on the 12th fret are equivalent to the octaves of the open strings. 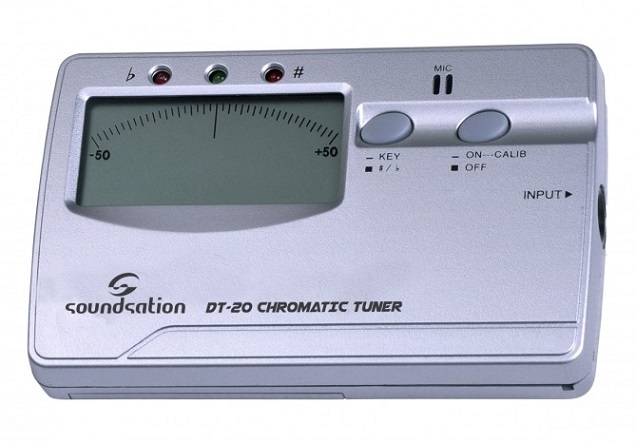 For example, if you are tuning the B string, you should get an octave up B at the 12th fret, well tuned, neither sharp nor flat.

In case of a 12th fretted flat or sharp note, you have to act with a screwdriver (sometimes with an Allen wrench) on the screw that makes the B string saddle move: 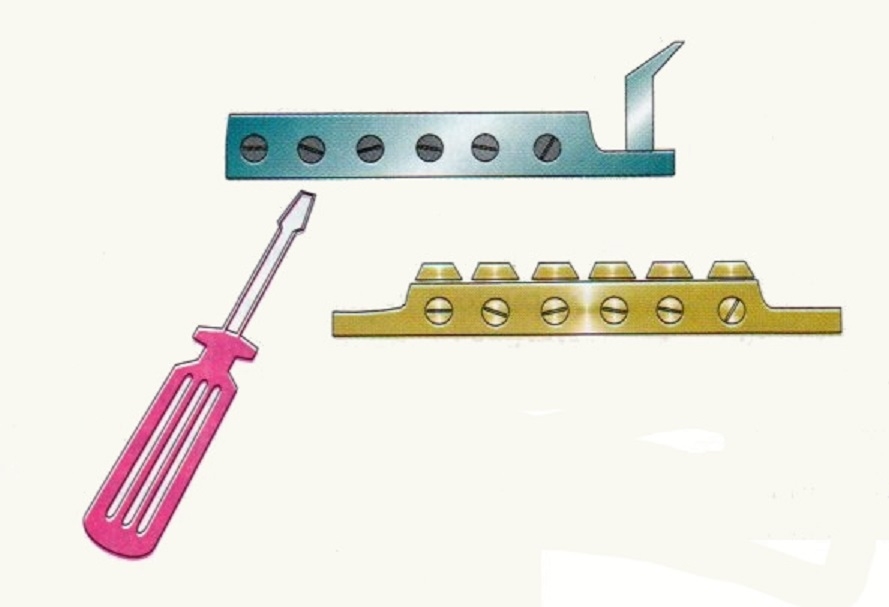 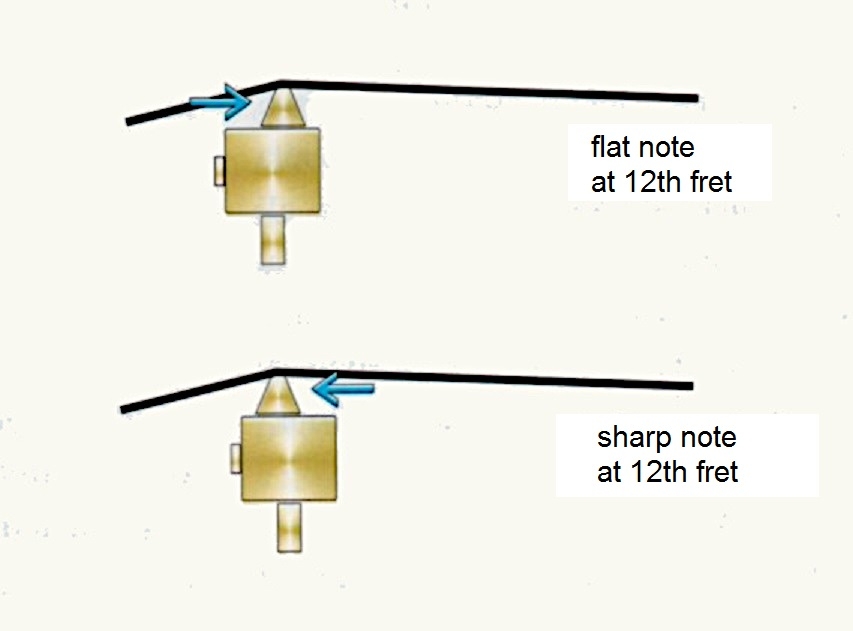 When you shorten and lengthen the string, general tuning will change, so you'll have to patiently retune any time you evaluate the octaves.

This applies both to tune-o-matic style bridges and vibrato (or vibrato (or tremolo) bridges) bridges.

Do not be tempted to make this operation with the guitar laying horizontally on a work bench. You must compensate keeping the guitar as if you were playing. Gravity has been performing its force for 13,8 billion years, on guitar strings too. 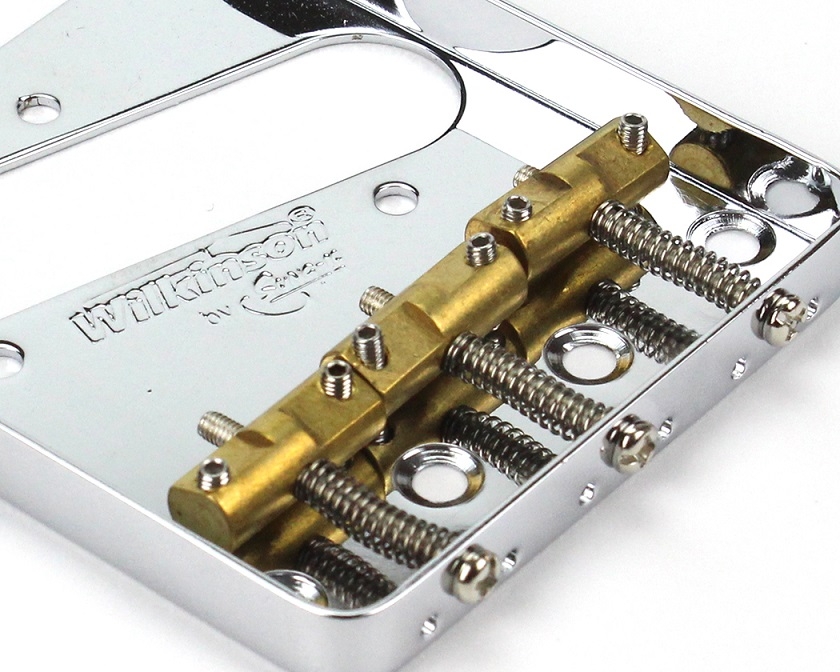 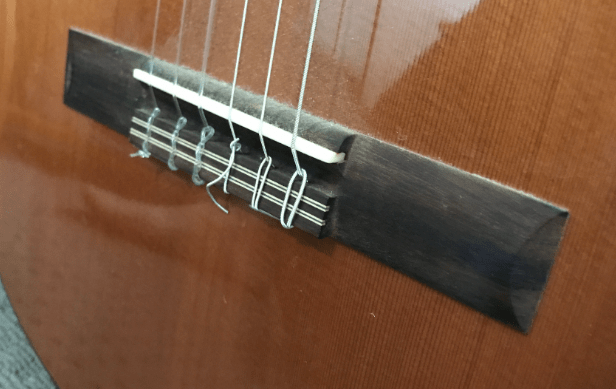 In order to taste the effect of your work, play some chords with fretted notes and open strings around the 12th fret: if the guitar resonance is good, the more the chord is full, pleasing, euphonic, the more the intonation is accurate.

Keep in mind that intonation is steadier and easier to compensate on guitars with:

On the other hand intonation is more difficult to compensate on guitars with:

It's easy to understand the reason why '50s, '40s and previous decades guitar manufacturers paid little attention to intonation adjustment possibilities: today's popular light string sets, such as .010-.046 and .009-.042, were yet to come.

I'd like to mention few interesting solutions – though partially successful: the Buzz Feiten Tuning System and the Earvana Compensated Tuning System, that fundamentally are nut modifications aimed at improving the instrument general intonation, but have to be considered while tuning.

Finally, in order to make your lives easier, do not modify your guitar setup too frequently. Once you have found the right strings for you, try to change them regularly using the same kind and brand: a quality new set is always the first step towards a better intonation!