​Guitar and distortion: the beginning

When and how the wish of distorted sounds began and how it expanded in the '60s.

In this article we are going to deal with the early known examples of distortion, particularly with the first fuzz, a pedal effect (also called stompbox) dedicated to distortion.

In this article we will tell you about the birth of the first distorted sounds and by what means they were obtained.

Before continuing, it is useful to know the differences among the various pedal effects for guitar and bass. For this purpose I suggest you to read the Soundsation blog article about Choosing the right overdrive/distortion stompbox.

Until the mid '60s guitar sound distortion was seen rather badly, though it could occur for technical reasons, for example as a light crunch in jazz or blues recordings. Pop, surf, country and rockabilly trendy sounds were generally clean, if not really crystalline: an example for all is the Stratocaster® guitar sound of Hank Marvin (born Brian Robson Rankin) with the English band The Shadows, of which the big hit Apache of 1960 is very popular.

Blues musicians' recordings were less crystalline, such as the ones of Sister Rosetta Tharpe, Hubert Sumlin (with Howlin’ Wolf), or the ones of Link Wray, Chuck Berry, Tommy Tedesco in some sessions, and others. Sometimes it happened by choice, more often for amplification, miking and mixer limitations.

For example, Paul McCartney claims (on “Guitar Player” magazine of October 1992) the Beatles loved to make the studio mixer distort and compress the sound. He tells a distorted acoustic guitar track was recorded for Ob-La-Di, Ob-La-Da (1968) just letting the VU meter needle stay in the red zone, thus raising the track level over the saturation limit (the orientation of a magnetic tape particles beyond which it is no more possible to orient them again for further recording). 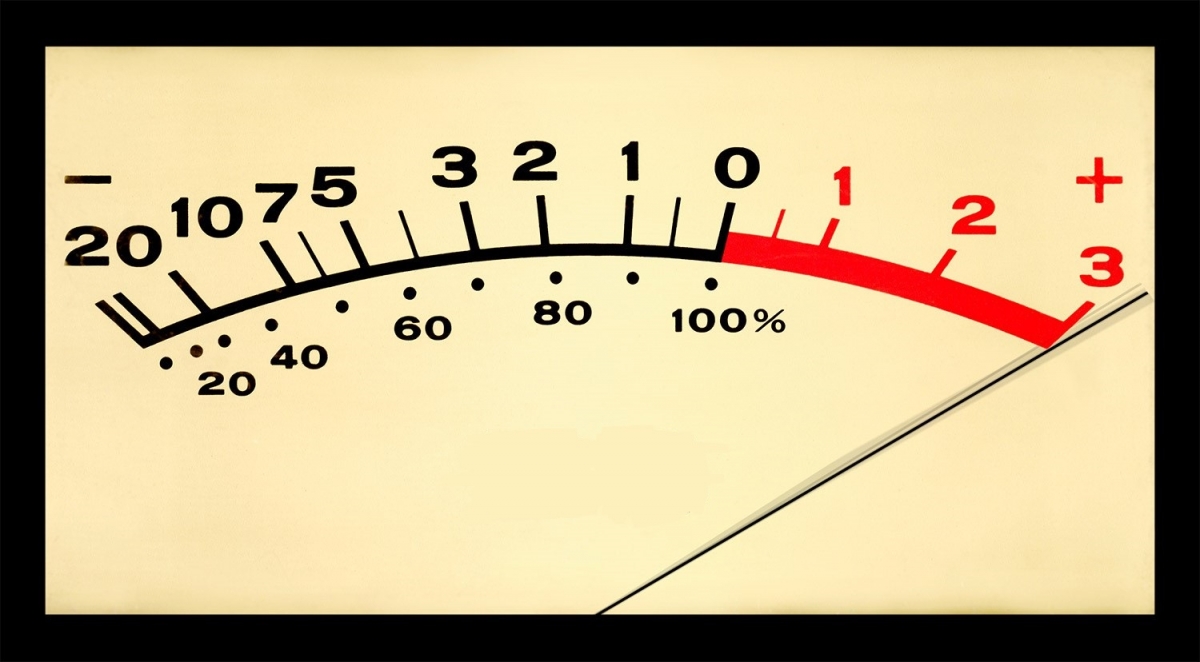 In California, well known pedal steeler Orville Red Rhodes (Monkees, Beach Boys, Byrds) was working as a session man since 1960. Keen on electronic, he had built something similar to a fuzz for his musician friends. The first example of explicitly wanted distortion is listenable in 1962 Ventures' song The 2,000 Pound Bee, and it comes from one of Rhodes' effects. The song title is revealing! 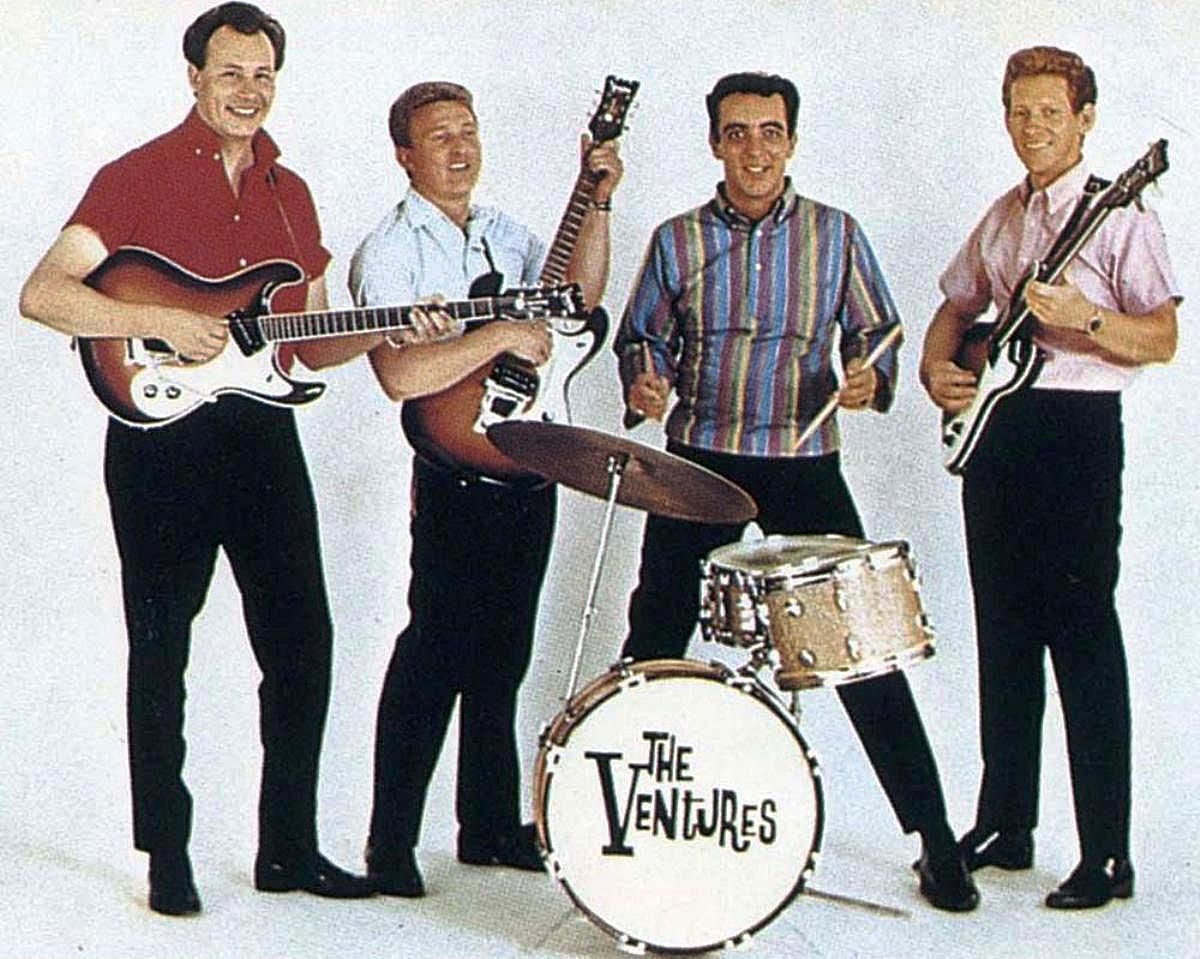 The previous year, 1961, an event that officially opened the doors to distortion happened, and it started from a bass, not a guitar! In fact, during the recording session of a 6 string bass played by guitar player Grady Martin in Nashville, the sound engineer Glen Snoddy (in the B&W photo) noticed that the recorded sound was defective. Some say the problem was in Martin's amplifier, whereas others claim that the bass was directly plugged in a mixer input and made it distort. It remains a fact that the distorted track was appreciated by the producer and used on country singer Marty Robbins' hit Don’t Worry. Shortly after, in the arc of 1961, Grady Martin released his own song The Fuzz, based on the same distorted sound.

Based on that early “technical mistake”, Glen Snoddy and TV engineer Revis Hobbs patented the first distortion box, actually built by Gibson: the Maestro Fuzz-Tone. It was operated via three germanium transistors that gave three gain stages. At first it was powered by one and later by two type C batteries (1,5 Volts each, so only 3 Volts in total!). Initially Gibson integrated the circuit in its EB-0F bass and EBSF-1250 bass and guitar double-neck (F stays for Fuzz). Afterwards, in 1962, it was offered as an independent effect named Maestro FZ-1. It had two knobs: Volume and, curiously, Attack for distortion. This definition was proposed on other following models too.

Success did not reach the FZ-1 until 1965, when Rolling Stones' Keith Richards used one for a guide track of (I Can't Get No) Satisfaction, temporarily substituting a horn section riff. Finally the song was released with the famed distorted guitar riff. At first Richards was not enthusiast of it, but he used a Maestro fuzz also during the following US tour, thus starting a new chapter in rock music history.

It is worth pointing out now that one of the most successful crunch sounds of all times, The Kinks' You Really Got Me riff one, had arrived the year before, 1964. Guitar player Dave Davies got it cutting a speaker with a razor blade. He claimed this happened for a fit of anger due to a heartbreak, but some say it happened during a breach with his brother and Kinks' singer Ray, who likewise supported he took that action.

In 1965 Maestro FZ-1 circuit was improved and the pedal was renamed FZ-1A. In 1968 Robert Moog – engineer and inventor of the synthesizer in his name – further transformed it replacing germanium transistors (left in photo) with steadier silicon ones (right in photo) and finally powering the unit with a 9 Volts battery (model FZ-1B).

New fuzzes from the United Kingdom

Those described so far are not the only known signs of '60s distortion craving. Dick Denney – musician, technician and legendary creator of Vox amplifiers – also designed a fuzz in 1965: the compact Vox Distortion Booster, that English doubtful company Jennings did not want to market until the Maestro success was clear. The box had to be directly plugged into the guitar jack plug, just like the 1969 LPB-1 booster from U.S. company Electro-Harmonix. The LPB-1 box was also used to house the Muff Fuzz circuit, actually a mild overdrive. 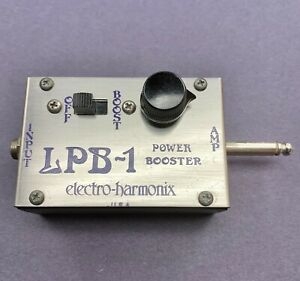 In 1964 session man Victor Flick (his guitar played the theme of James Bond films) turned to technician Gary Hurst (former Vox and Elka) to get some modifications at his Maestro, as he said its sound was too thin, rough and poor in sustain. Thus the first Tone Bender arrived in 1965 (with a 9V battery and true bypass circuit since the beginning!). First among the guitarists, Jeff Beck appreciated it, then Jimmy Page, Mick Ronson, Pete Townshend and many others.

Soon the pedal was marketed as Sola Sound Tone Bender, followed by other similar products with the same name built by Vox, Electronic Sounds and the Italian JEN Elettronica in 1967 (early Italian units were made by Eko).

Other fuzzes were offered by Baldwin-Burns (Buzzarounds), Carlsbro (Fuzz-Tone) and WEM (Pep Box).

Hence 1965 was an year of big technical and musical breakthrough for the electric guitar sound. Great soloists as Eric Clapton, Jimmy Page and Jeff Beck were making distortion a final timbre and expressive element.

Jimi Hendrix was probably the most renowned and influential musician in determining the huge success of a fuzz built by English drummer and businessman Ivor Arbiter: the Fuzz Face. It was equipped with germanium transistors from 1966 to about 1968, later with silicon ones, and it featured a few parts: just two transistors, some capacitor and resistor, all housed in a microphone stand base. 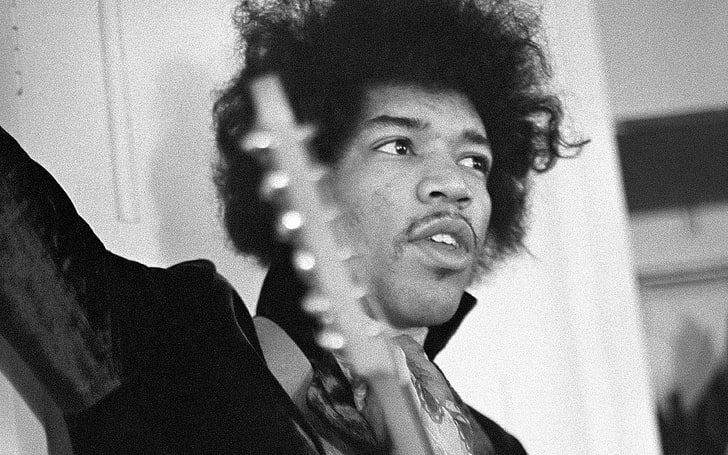 Roger Mayer was a well known designer of recording devices, analog synths and the Octavia pedal, as well as Jimi Hendrix's sound engineer. He tells that the guitarist used to buy big quantities of Fuzz Faces to be able to select the more stable and consistent in sound ones (at that time a Fuzz Face price was about a fifth of a Maestro). In fact it is known that germanium transistor operation depends on temperature and power supply, a problem that silicon transistor development solved. For the same reason, Mayer reports that, unlike live guitar sounds, Hendrix's recorded ones were actually processed by proper pre-amplification (before the pedal) and EQing (on the mixer).

Due to financial problems, in 1968 Arbiter's company merged with Dallas Musical LTD, giving birth to the Dallas Arbiter Fuzz Face brand. Later CBS took over and production finished in 1975.

This article finishes with a mention of the revered Electro-Harmonix Big Muff Pi, a distortion box that was designed in 1969 by Mike Matthews and Bob Myer on the basis of the previous Axis Fuzz. Some do not consider it exactly a fuzz, because, besides using three or four transistors (according to models), it features diodes for clipping and some more circuit complexity. It was the beginning of a new course that would have lasted throughout the '70s. We talk about this in the article Choosing the right overdrive/distortion stompbox.

In conclusion, a recommendation: any fuzz replica you decide to put in your rig, consider these pedals perform at best if they can see the guitar pickup. Therefore, first position on pedalboard and no buffer!